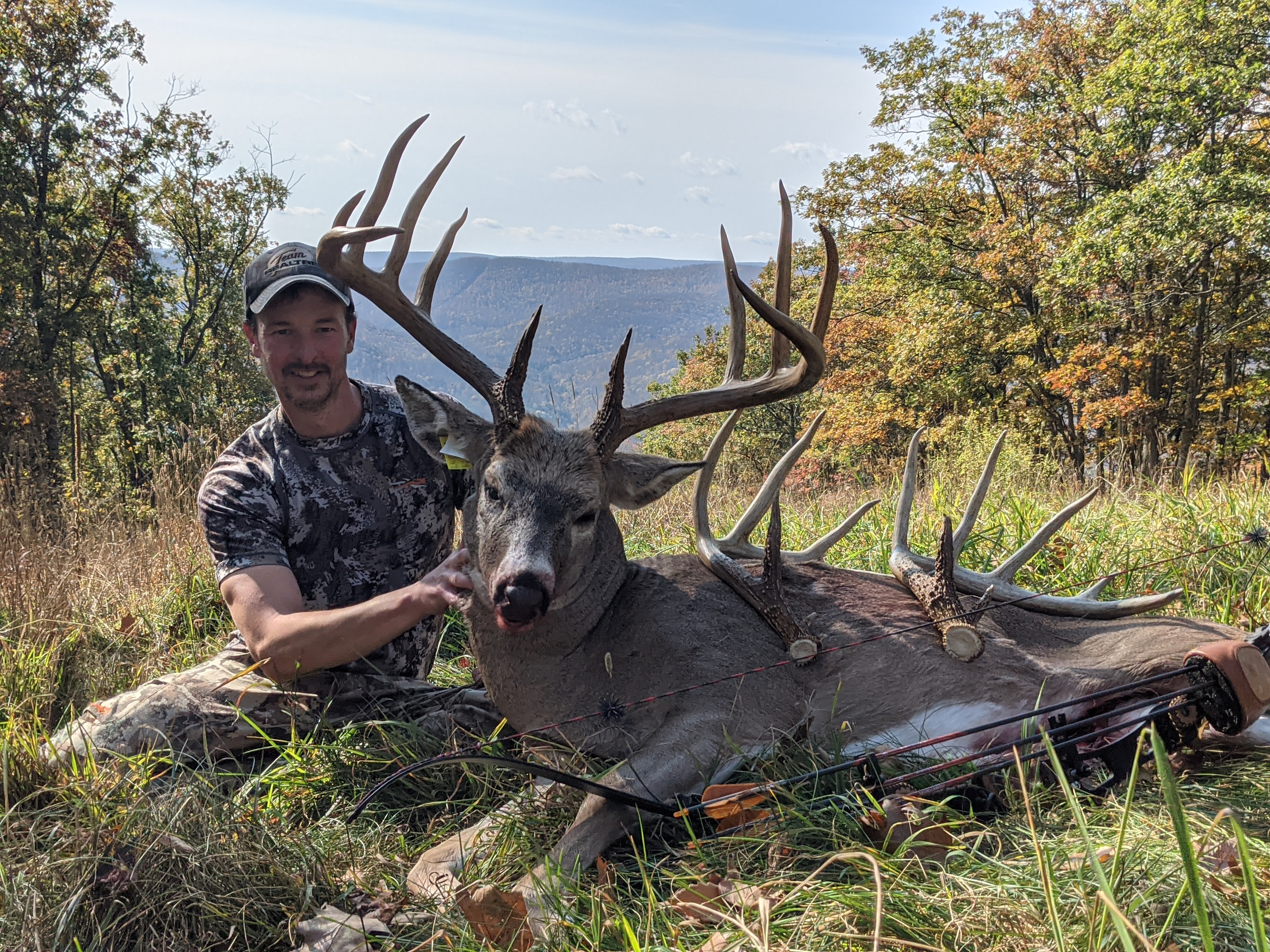 The 2020 archery deer season is one that Cory Gulvas will never forget, as he successfully harvested one of the state’s largest typical bucks – ever – on public land in Tioga County, with a traditional bow. The history between him and this buck began two years prior, in September 2018, when he got his first glimpse of him on his trail camera.

In this episode, Game Commission Marketing Director Matt Morrett talks one-on-one with Cory about what hunting and conservation means to him, as well as the details of his unbelievable fall 2020 deer hunt. Cory is an avid woodsman, a dedicated outdoorsman and a professional forester who has spent a lot of his life studying white-tailed deer, from understanding their behavior patterns and movement and beyond.

In 2005, Cory’s passion for studying their habits was further fueled when he began searching for their sheds in the big woods. He now has a shed hunting dog, Mighty, that helps him comb through miles of mountains in search of antlers. Cory shares some of his tips and what he’s learned over the years and how this method of scouting has helped him have better success in the field.

Cory explains how hunting is about so much more than harvesting an animal; the challenges, skills and lessons are just as valuable and important. As a traditional bowhunter and IBO Traditional Archery World Champion, he makes a point to shoot his bow every single day. Cory has a young family, and a very supportive wife, who encourages him to get out in the woods as much as possible.